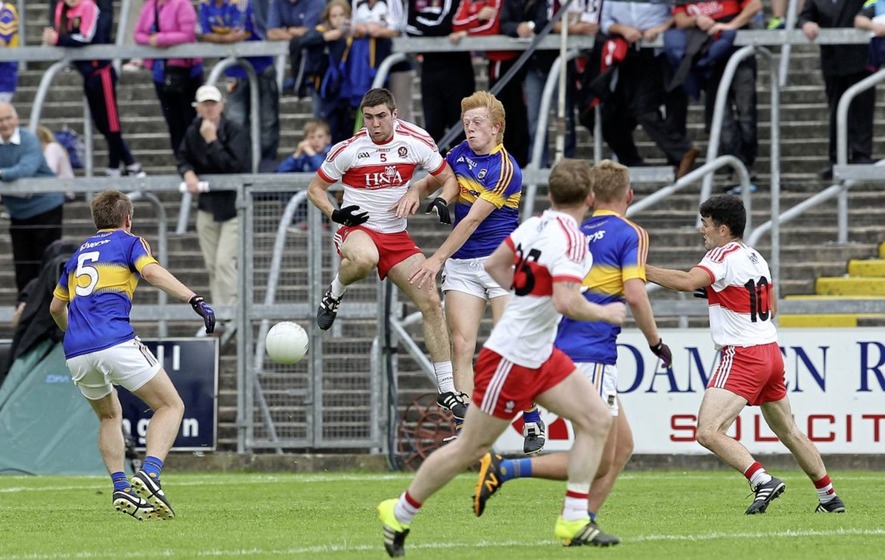 Making a swift return to Division Two is the mission Cork want to accomplish, but Ronan McCarthy’s team will know that a tricky task awaits Leeside on Sunday.

Down did what was required when overcoming Derry last Saturday evening and with three points in the account Paddy Tally’s team will make the long journey south armed with hope and expectation.

It has been a satisfactory start to the campaign for Cork, who have chalked up wins over Offaly and Leitrim.

Ciaran Sheehan’s goalscoring contribution in Carrick on Shannon added another feel good element, but Cork will treat the Down challenge with the utmost respect.

Longford are another team content to have earned a draw and a win so far, but know neighbours Leitrim will be pumped up on Sunday.

Darren Gallagher has been hugely effective in the early weeks of the year for Padraic Davis’ charges.

Leitrim’s schedule has featured awkward encounters against Derry and Cork, but Terry Hyland will have his panel firmly focused for this critical contest.

Offaly showed admirable battling qualities when dividing the spoils with Longford. Avoiding a second straight reversal was important for Offaly, but that has happened to Louth.

While some emerging players contributed handsomely against Tipperary, Louth were still beaten and they will be eager to claim a positive result when Offaly visit Drogheda.

The meeting between Derry and Tipperary also has severe implications in Division Three.

Things have changed briskly in this environment in recent years so generating momentum is vital.

With Brian Fox instrumental, Tipperary edged out Louth, but Derry know that some wins have to be stitched together quickly if promotion is to remain a realistic target.