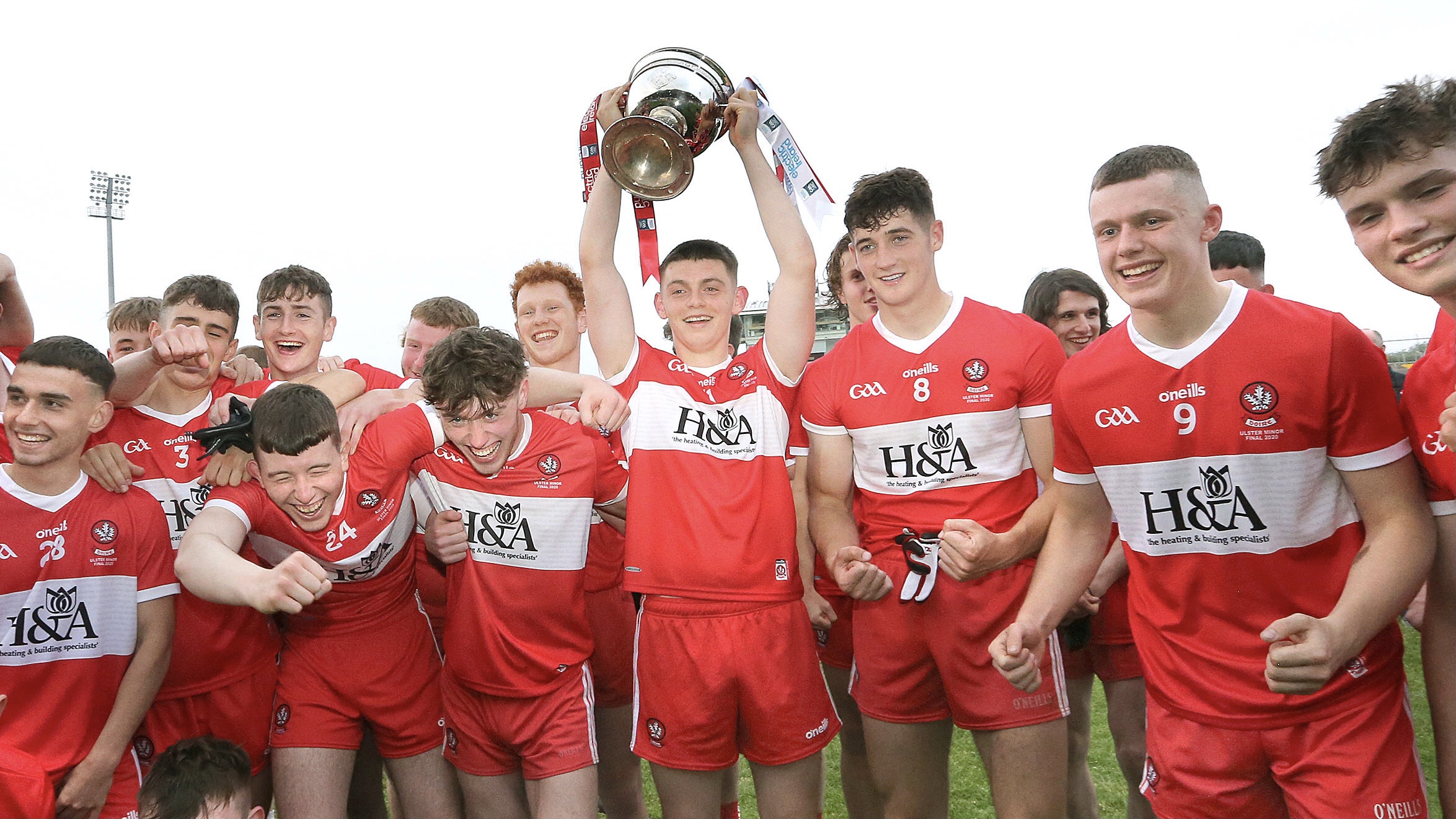 A late scoring burst from Derry saw them edge out Monaghan in the Final of the delayed 2020 championship.

The Oak Leafers started the match well too, with a goal from Niall O’Donnell putting them 1-0 ahead in the early running.

It looked like Derry might coast to a comfortable enough victory when points from Lachlan Murray, Charlie Diamond, and Matthew Downey, helped them into a 1-8 to 0-4 half-time lead.

But when Derry were reduced to 14 men in the second-half it seemed to give Monaghan the belief they could pull the game from the fire.

Scores from the impressive Stephen Mooney, Niall Rice, and substitutes Dan McCahey and Tiarnan O’Rourke saw them come with a powerful second-half surge that eventually reduced the deficit to a single point.

But Derry somehow found the energy to come with a late burst themselves as points from Downey and substitute Ryan McEldowney were enough to see them claim victory.

Derry now face Meath in the All Ireland semi-final, next Saturday July 10th, in Newry (3pm).