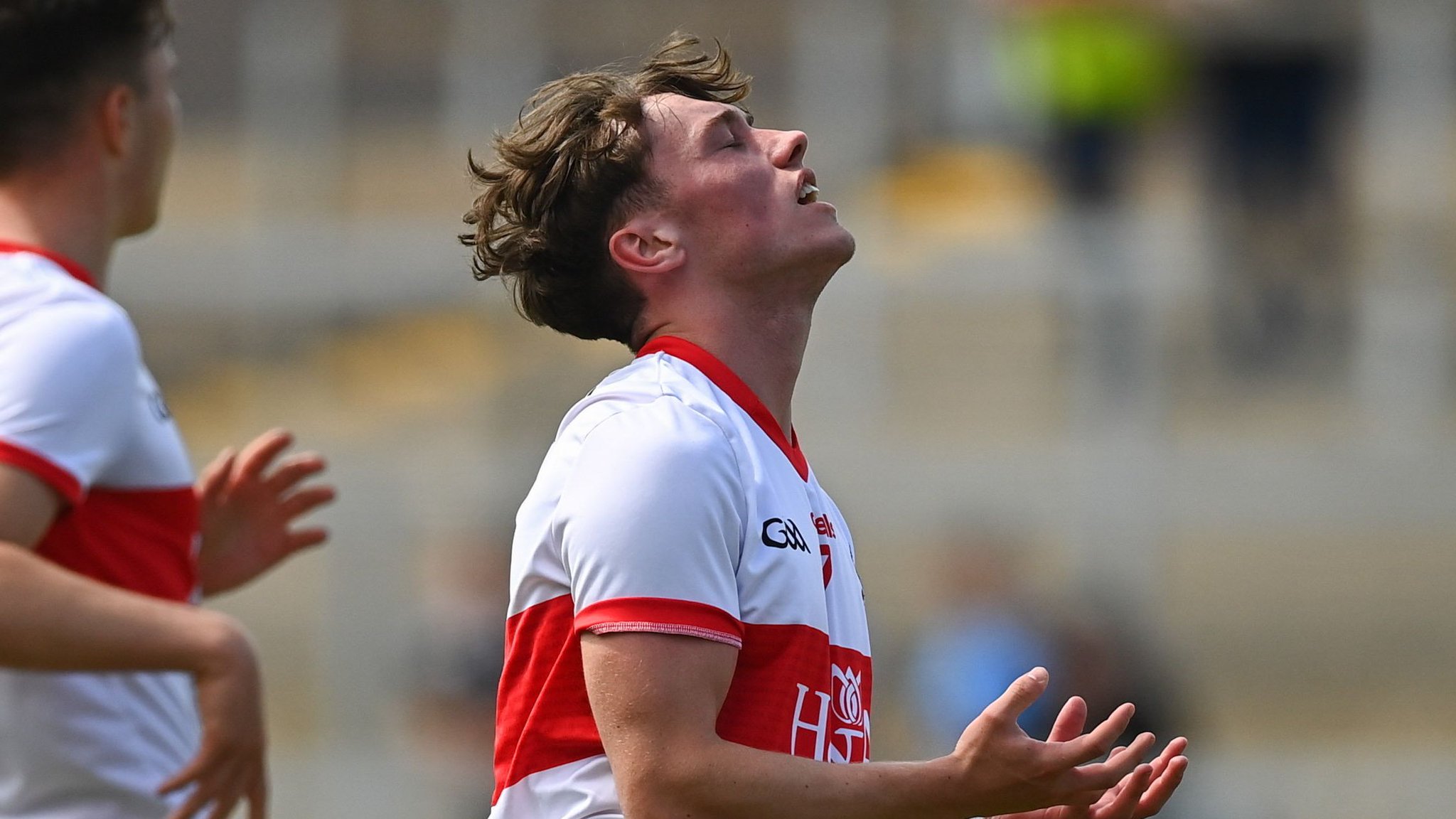 With sides level at half time, Matthew Downey, son of 1993 All Ireland winning captain Henry, pulled the strings throughout, but his six points in the second half were crucial to victory in that devastating period.

Big midfielder Dan Higgin’s goal in the 46th minute and impressive running from Lee Brady would prove too much for a valiant Meath side as Derry ran out composed winners in the end.

Scores were hard to come by early in this highly anticipated contest. Downey showed supreme balance to open the scoring. Playing inside but with a license to roam, Downey, with eleven on his back, was a constant threat creating and taking chances all afternoon.

Despite influential midfielder Conor Gray going off injured, Meath led at the water break and were the dominant team in terms of possession. Derry wingback Donncha Gilmore took one off the line before Eoghan Frayne, Liam Stafford and John McDonagh found the range for the young Royals.

Derry were quite wasteful, kicking seven wides alone in the first half but there was potential in their attacking play. Martin Boyle’s side were getting into the right area’s but the finishing let them down. Downey finally showed composure to add another, before Jody McDermott levelled the game.

Without his midfield partner Meath’s Seán Emmanuel upped the ante, the St. Patricks’s man fired over an inspirational score against the run of play. Corner back Connor Shiels make it perfectly poised at the turn, 0-4 points a piece.

Meath started the half in determined fashion when a relieved Eoghan Frayne found the net after his penalty was saved initially from Kian McGonigle.

However, Derry were a much more efficient outfit in the second half, kicking only one wide and with Meath going long stretches without scoring, that accuracy told. Downey added to his tally with impressive wingback Mark Doherty picking off a brace. When substitute Calum Downey, son of Seamus, opportunely blocked Ben Donnelly’s clearance, he also had the wherewithal to pick out the onrushing Higgins to find the net with the easiest of finishes.

Though Meath half back Adam McDonnell came up the field to fire over two points in the final quarter, Derry would not be denied.

Derry will play Kerry in next Sunday’s Final. Tullamore, 1pm.