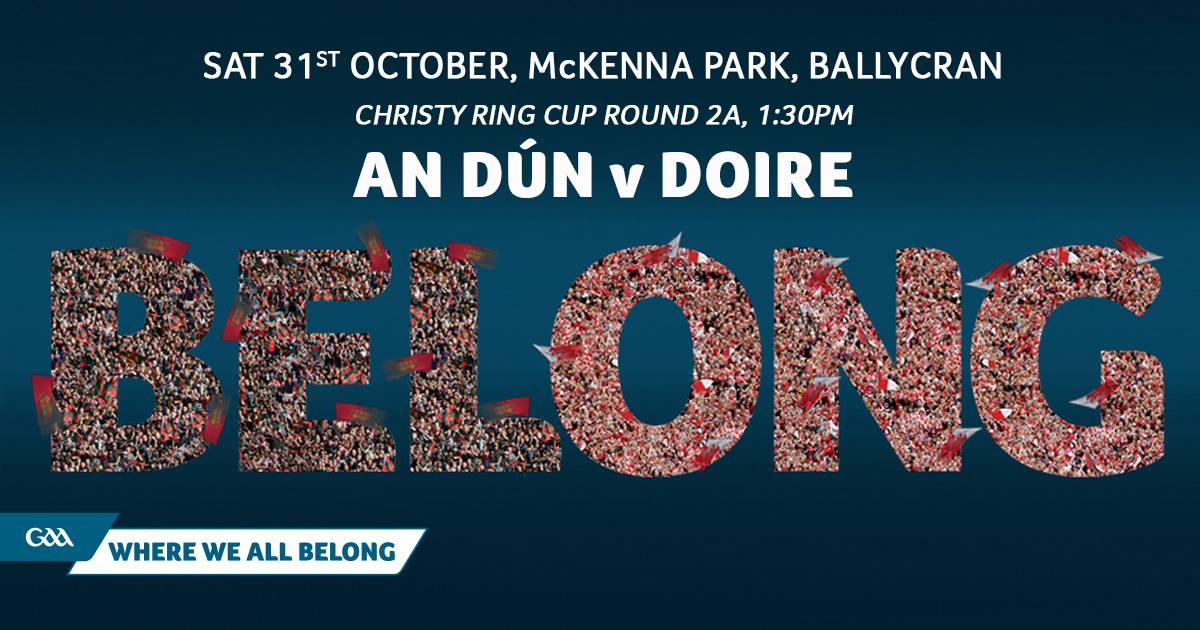 Derry’s hopes of progressing in the 2020 Christy Ring Cup suffered a blow on Saturday as they lost by three points to Down at Ballycran.

With barely three minutes left on the clock, Derry held a three point lead and looked to be in control despite playing with just fourteen men, following Paddy Kelly’s dismissal midway through the second half.

However, the Ardsmen came strong in the end. Donal Hughes’ 68th minute goal brought the home side level and they used that momentum to follow up with three late scores to seal victory.

In difficult breezy conditions the Oak Leafers had fought back from a slow start to trail 0-5 to 0-7 at half-time, but aided by a strong defensive showing after the break and a 0-6 tally from Cormac O’Doherty they took control of the scoreboard as the game approached its finish.

With Down running out winners, it is they who progress to the semi-final stage, while John McAvoy’s side must await the qualifier draw.