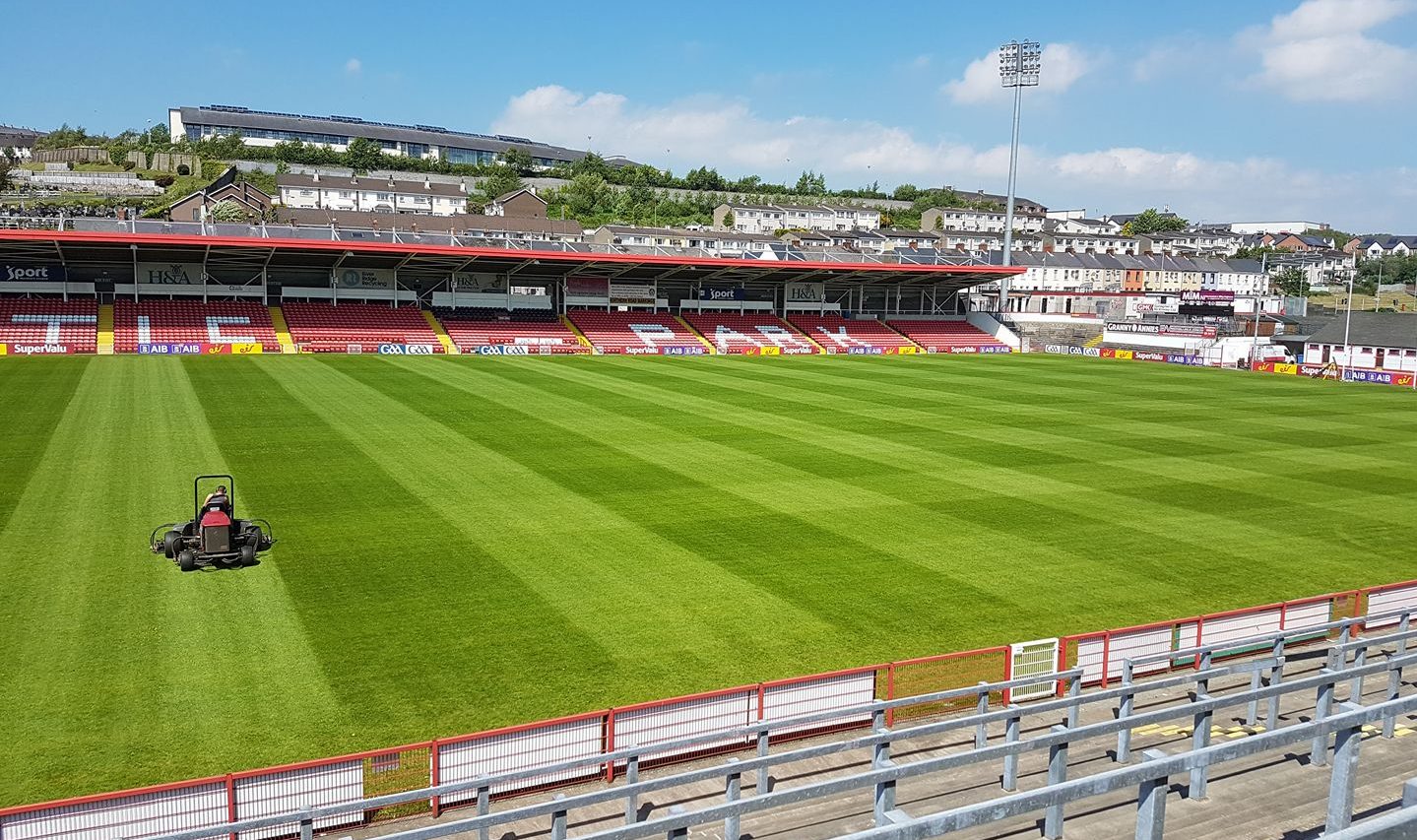 The venue has been hosting Derry inter-county games since the 1930s but since the early 1990s, Celtic Park has established itself as the county ground for high-profile GAA matches.

Floodlights were erected between 2007/2008 off-season and were first used for the National League game between Derry and Mayo on 2 February 2008.[4] The official unveiling of the lights was held a few weeks later during the National League tie against Tyrone on 5 April.

Work on a new all-seater stand on the Lone Moor Road side of the ground started a few days after the 2008 Derry Championship final and was in place for Derry’s Ulster SFC tie with Monaghan the following summer.